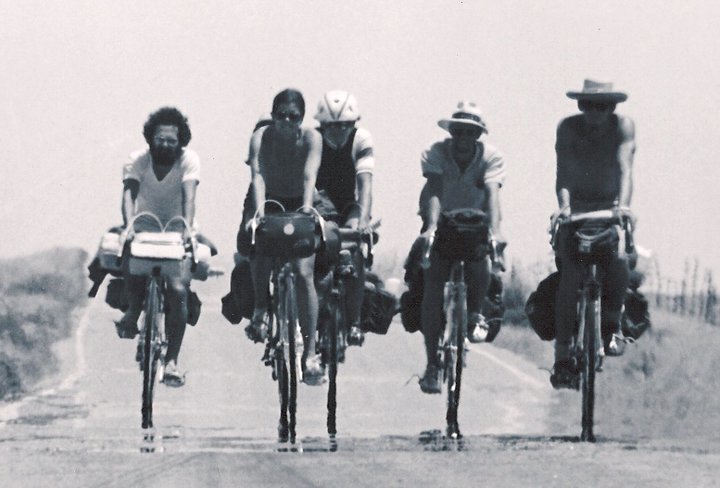 For over 40 years, The Bicycle Outfitter and its staff have been committed to introducing customers to the sport of cycling. Whether a customer is a racer, weekend rider, or just looking for a bike for their child, our store goal has been to accommodate all riders of all types.

The Bicycle Outfitter began life as Wheeler Dealers. It was founded by two local 18 year olds about 1972, Fred Chestnut and Dean Hovey.  Fred and Dean had the help of Dean’s future Father in Law, Roger Sands, a former Lockheed engineer and owner of The Bicycle Center in Santa Cruz, California. They quickly built a top notch road race shop. Both raced and Dean became a custom frame builder. Being young men they soon wanted to move onto other things and in 1974 sold Wheeler Dealers to a local Pool Supply & Patio Furniture business owner who needed more space. He moved Wheeler Dealers into 973 Fremont. He tired of the business and in 1976 sold the business to Dick and Marilyn Powell.

When the Powells bought the shop, it was a two man operation that did about 90K a year. The business grew at a rate of 30% a year for the first ten years. In 1978 the name was changed to The Bicycle Outfitter.

The Powells spent 28 great years running The Bicycle Outfitter. In 2004 Dick and Marilyn decided to follow another dream of running Outfitter Bicycle Tours in France and Italy. In August of 2004 the Powells era ended when they sold all Outfitter assets to Bud and Neal Hoffacker, whose family has owned Palo Alto Bicycles for over 87 years.

Today, we aim to offer the best service and knowledge, along with an amazing selection of different and unique brands and products.